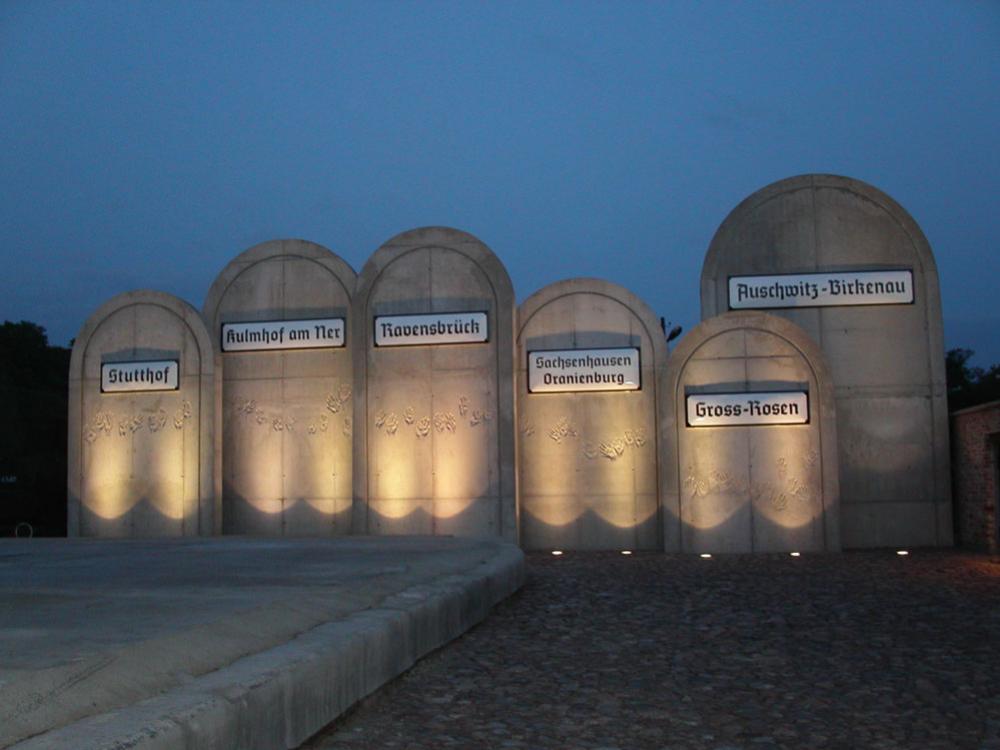 Radegast is a small railway station on the outskirts of present Łódź, which is significant because it was from here that the Germans sent the last Łódź ghetto transport to Kulmhof am Ner and Auschwitz-Birkenau.

The space of this memorial site is organized around several symbolic objects: Radegast station; cattle railcars; Hall of the Towns, which lists the names of metropolies, cities and towns, from which Jews were deported to the Litzmannstadt Ghetto; and the Column of Remembrance with a burning candle. One can see the sky from the interior of the column as if through a chimney. On the walls of the Hall of the Towns, the cities and villages from which the Jews came from are inscribed. All together 140 000 people.

The railway station, separated from the modern buildings with a brick wall which gives an impression of solitude and reflection of the tragedy that happened there. It is designed to let visitors identify with those who were transported to the extermination camps. From the train depot, visitors walk through the 140 meter Tunnel of the Deported which symbolises inevitable fate of deported Jews and the monumental Matsevas with the names of the Endlösungstations barring the only possible escape route. By walking up the steps of the Tunnel of the Deported, visitors light up the lists of names of the people who were sent to death, as well as preserved photographs, shreds of clothing, coins and rusty keys dug up at this Holocaust site.

• In order to watch a movie by Małgorzata Burzyńskiej-Keller dealing with the topic of Radegast Station, please click here >>>>>>>.

• The Radegast Station memorial was chosen as the cover image of Martin Winestone's latest book „The Holocaust Sites of Europe."