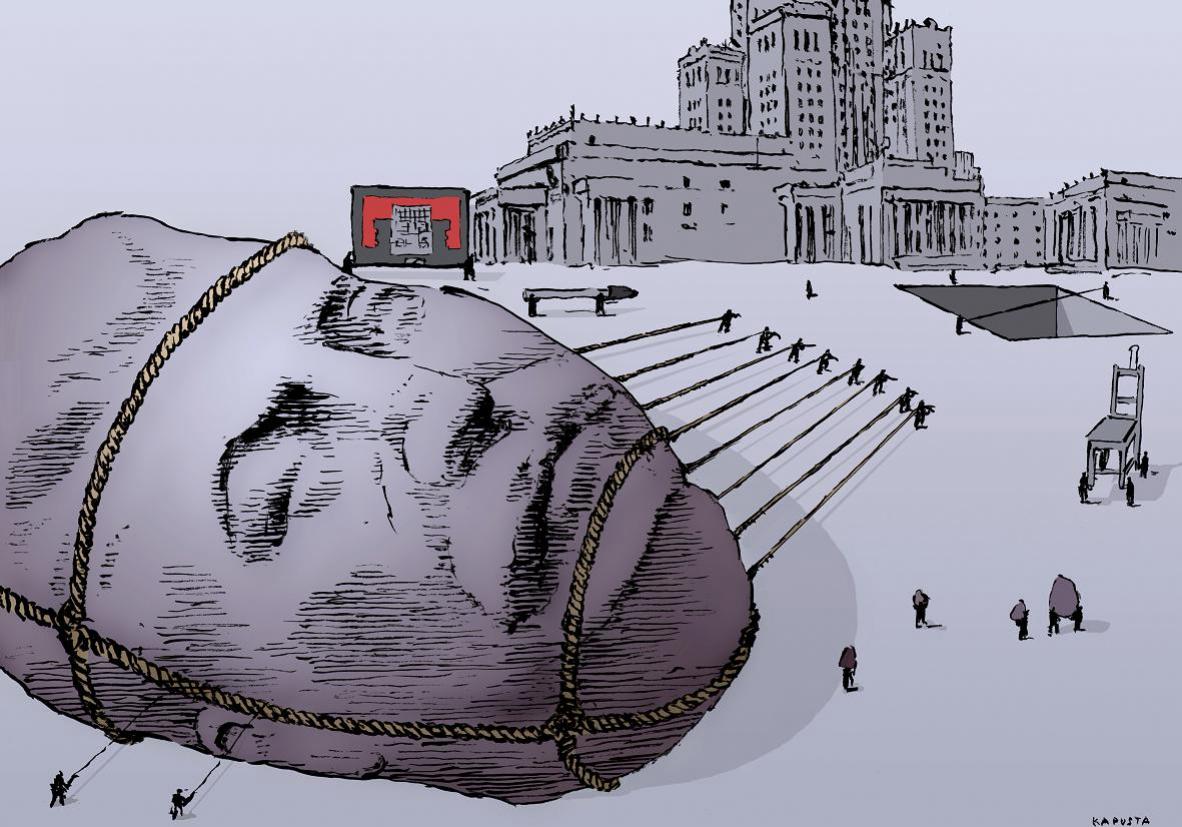 The very idea of SocLand Memorial Museum is to locate it the Joseph Stalin Palace of Culture and Science in Warsaw. The modern multimedia museum placed in the Palace's basement will make use of the authentic Social Realist stylistics of the place and transform the Palace from a Communist monument into an anti-Communist one.

The exposition space is to be organised around the underground Liberty Forum guiding to the Palace foundation coffer. The stone parade stand for the leaders of the proletariat will also be moved from the Parade Square to the basement. In front of the Palace a place for Stalin's knocked down figure has been planned. Stalin's head will rest on the floor of the liberty Forum and will be visible from the pavement through a skylight.