The Zachęta National Gallery of Art in Warsaw 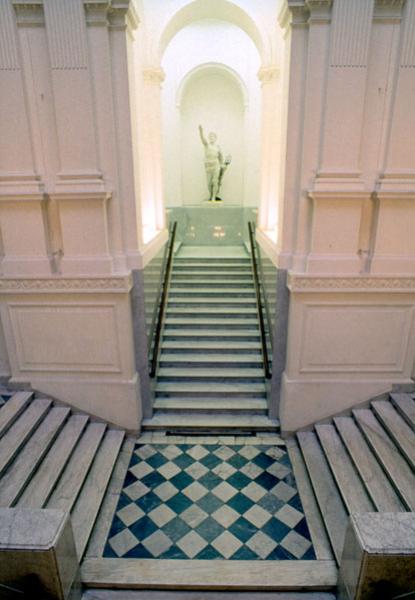 This project focused on the conversion and expansion of Zachęta gallery's interior space, which was designed by Stefan Szyller at the beginning of the 20thc.

The most important change was exhibiting the Gladiator statue on the end of the interior staircase, as a central symbol. The main idea was the extension of the front staircase axis, and thus shifting onto it a large display hall and illuminating it by a skylight modelled after Szyller's exposition halls. Thanks to this a completely new quality of space infused by natural light was achieved.

Other changes were also made, for instance, the storage and offices in the basement have been transformed into an underground bohemian café and in the main entrance hall a new bookstore has been opened.