To describe someone as eclectic used to be a complement: it meant that they knew how to choose what was right for him or her - eklegein. They might choose to look at philosophers, who examined the views of the great thinkers, for the notions which they could take into their own thinking. In any case, all artists have always emulated, copied, quoted - and misquoted. The nineteenth century French politician and thinker Victor Cousin, who called himself eclectic, prided himself on his ability to select and reconcile very different systems. It is only recently, we have come to believe that poets and painters - never mind architects - are obliged to be wholly original, that the label "eclectic" acquired a negative colouring. Bielecki has set out to rescue the word: being eclectic, he maintains, means that you know how to select, how to pick what suits your purpose from what is on offer throughout the world, how to appropriate it and make it your own. A bad artist borrows, a good artist steals - said T.S. Eliot; I thus wish him many years of successful stealing. 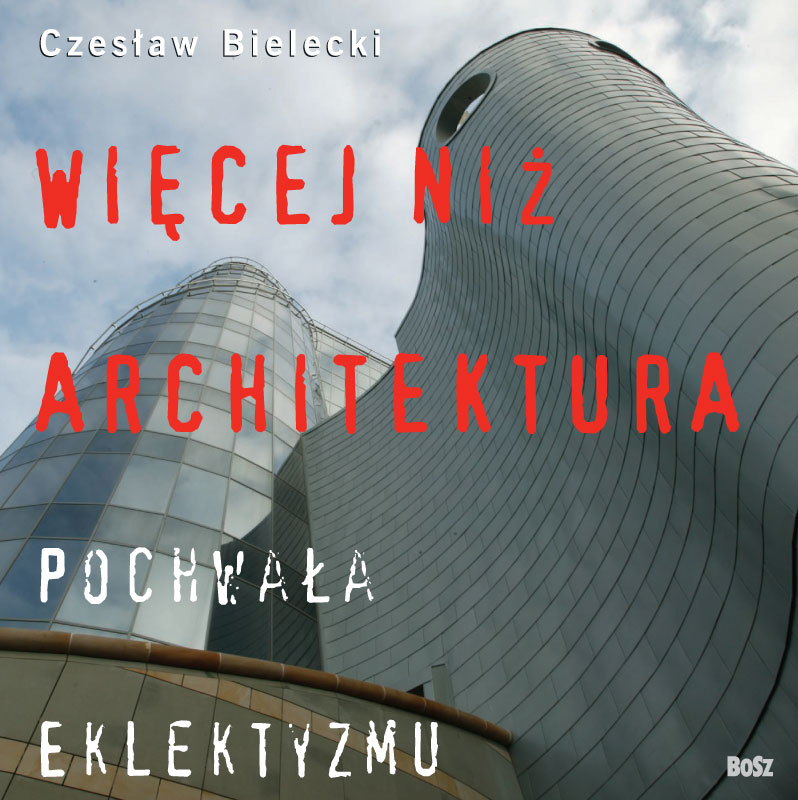 Eclecticism is not just the freedom of choice, composition, and interpretation of historical legacy. An eclectic must enjoy and likes to know what he is choosing from, what he wants to negate or interpret. Eclecticism at the beginning of the twenty first century, just like during the nineteenth century, must come from the knowledge of the place and time in which we appear in order to add something new or negate what already exists. Therefore an eclectic person chooses progressive conservatism and rejects conservative progressiveness - a naive belief that the world can suddenly be discovered like the island of Utopia. He sees how in a more and more global order a style is being born, not so much inter-national, as trans-national. Powers of civilization and culture clash, but it is individuals who to the universal order of culture contribute their own models, interpretations, works. Also architectural ones.