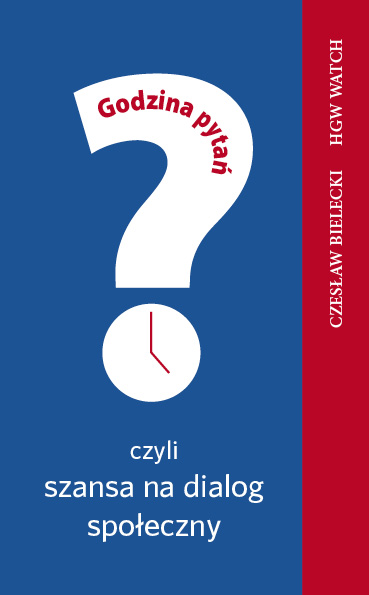 City governments are plaqued by a lack of public dialogue. It is thanks to the direct confrontation of ideas held by local governments and citizen groups that the solutions to many urban problems can be resolved. Today, the continued development of Warsaw, the creation of among others: the capital city's image, its urban friendliness, as well as general accessibility; are all currently are worth questioning.

The mayor and the city hall have become equally as arrogant as the central government. Just as there is no true democracy without responsibility, this responsibility must also take on an institutionalized form of dialogue. Let us thus begin a discussion about this proposed project, which would improve our urban politics.

An important suggestion for this transformation to occur would call for the mayor of Warsaw to publicly answer questions, once a month, from the public that would be presented by city councilmembers, this in turn would result in a significant change of character in urban politics, as well as the city government and its decision-making policies.